A few photos from the recent walking holiday.

Photo Posts, There, Not Here

Have made the most of my unexpected day at home by doing organised stuff. And now that I've done that, it's time for some silly photos. 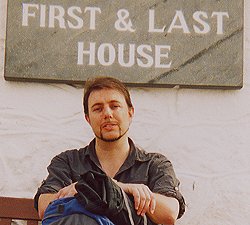 At the First and Last House by Land's End with the bastard great rucksack. 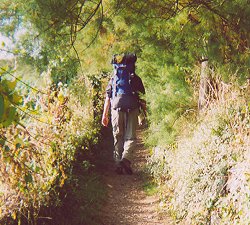 Didn't know this one was being taken, or I'd have swung my arms in a more martial manner… 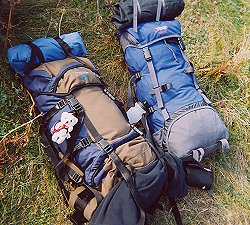 It was always a pleasure to get the blasted things off and leave them in the care of Brown William bear. 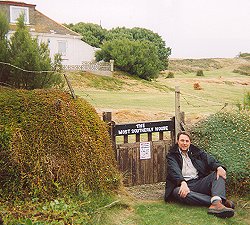 Outside England's furthest south (guest)house on the Lizard Peninsula. Looking happy because the rucksack's being driven to next destination. 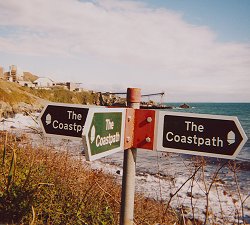 Attack of the Triffids

Dwarfed by the leaves in the tunnel of giant Gunnera at Trebah Gardens, during the rest week after the walk.

No further explanation needed, I feel…