It doesn't seem a week since all the drama with my ear, but it must be as I've just had the last of the antibiotics the clinic gave me. It's not cleared up yet, I still have some issues with balance and nausea and there's a lot of pressure in it, but it's calmed down a lot.

So much so that we decided to test it out with a day trip today. Both of us remember visiting Bekonscot Model Village as children, but neither of us have been back since. It's not too far from home, so we went.

There were far too many children running around and cannoning off your shins for comfort if your sense of balance is a bit dodgy, but apart from that it was rather wonderful.

And here are some photos: 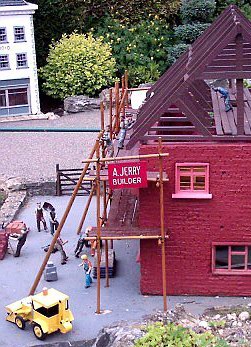 Jerry-built
The old jokes are the best jokes… 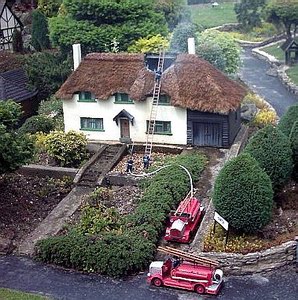 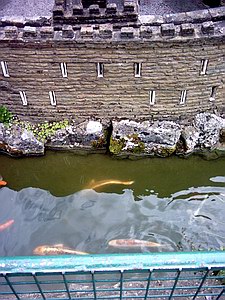 Leviathan
The goldfish seem the size of sea monsters as they swim through the castle moat. 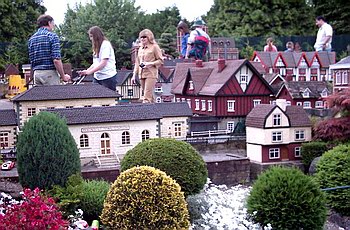 Land of giants
Your sense of proportion is always under attack here. 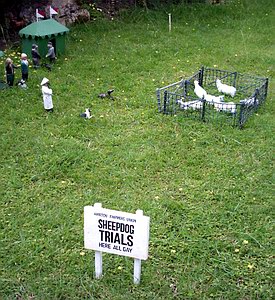 Sheepdog trials
Three were acquitted, but one border collie was jailed for sausage theft. 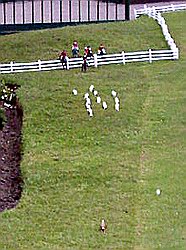 Go on my son!
The fox has a handy head start here – and the flower bed's not too far off… 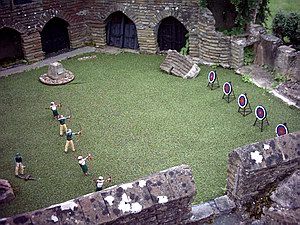 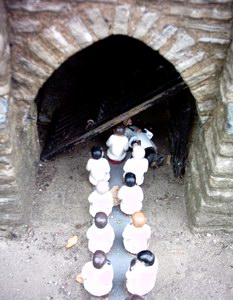 Act of God
The iron church door has felled the vicar – but no-one seems to care too much. 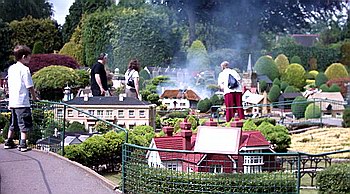 Come home to a real fire
The 'burning cottage' goes off again, and visitors scurry to watch. 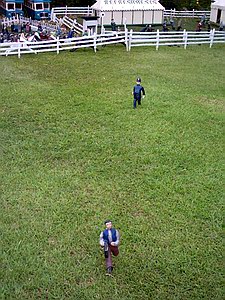 You'll never take me alive, copper
A thief flees the racecourse refreshments tent, the Boys in Blue in hot pursuit.

Previous: I'm going to write to my MP
Next: Only when I laugh