Spectacular. I blame global warming. And the government, of course. 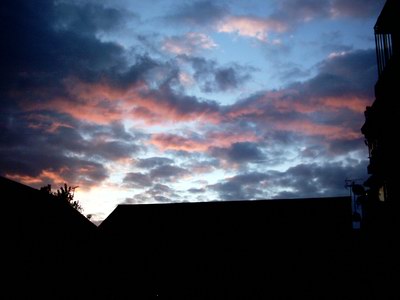 At the going down of the sun
Roofs and balconies of our flats silhouetted against the sunset. Not 10 minutes later a neighbour was going over that balcony railing in the top right on a ladder, then through a window, having presumably locked herself out. 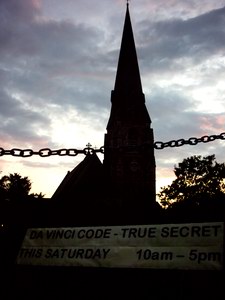 It's a conspiracy
Our local vicar, swivel-eyed though he is, never misses a trick…

Previous: DNA of London
Next: A sound idea